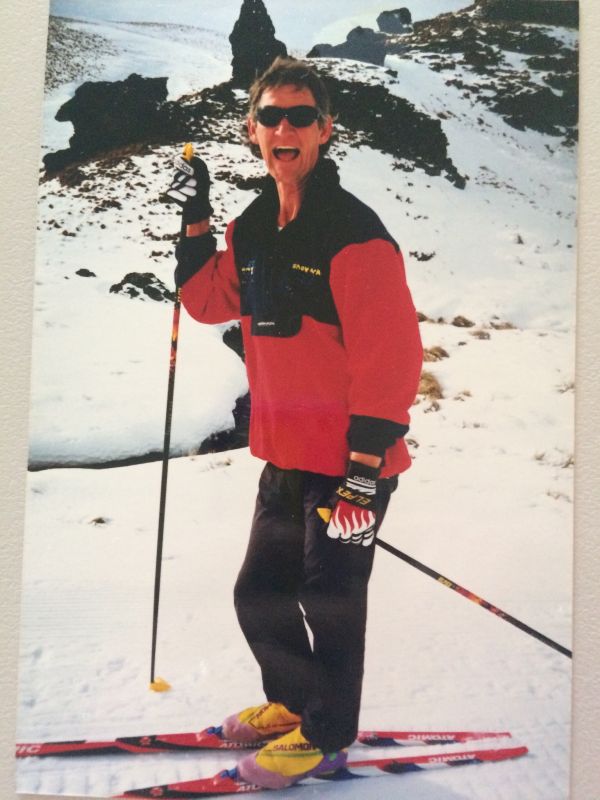 Friends, how do we remember this Peter Hart - this smiling, gentle, humorous, sometimes bearded, incredibly practical man of so many different parts?

If this eulogy was written by Peter, I know that he would avoid flowery sentiments and fancy turns of phrase.

He would stick, in his laconic and down to earth way, to a straightforward remembrance of the activities that he held dear, with, inevitably, a dry and insightful joke or three that parodied the strange craziness of life.

Peter was, firstly, and above all, a very good man in that he made the world a better place for so many others.

Samuel Johnson said that the true measure of a man is how he treats someone who can do him absolutely no good.  By any test, this was Peter exemplified.

He enriched the life of Margaret with his love, kindness, support and by his oft-stated appreciation of her strengths and accomplishments. She enriched his life in turn and made his health markedly better.

They travelled the world, made a home, and had a close and dear family life together with Margaret’s daughter Rachelle and her partner Pou, and their children Emily, Isaia, Elijah, Offa, Elisha and Amy, as well as Margaret’s son Wes,  and Margaret’s brothers, Don, Ron, John, Colin and Jeff and their families as well.

Most tellingly, Peter made his much loved daughter, Annie, proud to be called “Peter Hart’s daughter” and he made her glad to be a self-styled (and she speaks in truth) “Mountain Girl”. 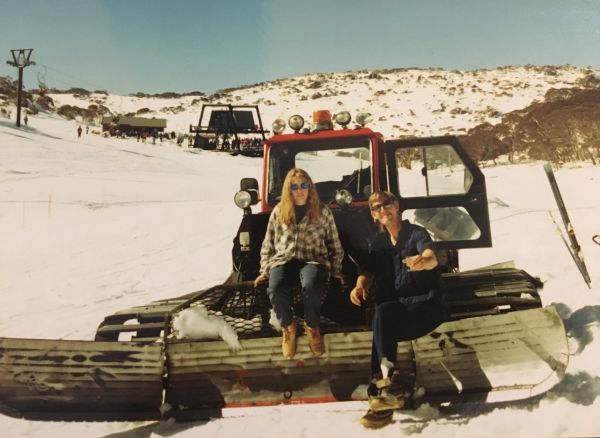 Annie is an empathetic, strong and humorous woman who embodies in her life the many attitudes and skills that her father and mother gifted her during her intrepid upbringing at their property, Thornybush, and at the ski lodge in Perisher that Peter managed with Annie’s mother, Leslie, a insightful and most capable woman.

Peter always spoke of Annie with love and a pronounced sense of admiration for her accomplishments in life. She, in  turn, enjoyed his wicked sense of humour.

No matter what the days brought with them, Annie was sure she was well-loved and provided for by him.

Leslie, her mother, is always grateful to Peter for this inspired fatherhood.

As well, Peter enriched the lives of countless others through his connection with life in Perisher Valley and the many facets of his involvement in cross country skiing, which ranged from being a Federation Internationale du Ski Homologator, (a very long word for trail inspector) through to being an much appreciated snow groomer, instructor and search and rescue squad member. As well, he made a significant contribution to the operation and construction  of the Nordic Shelter in Perisher. 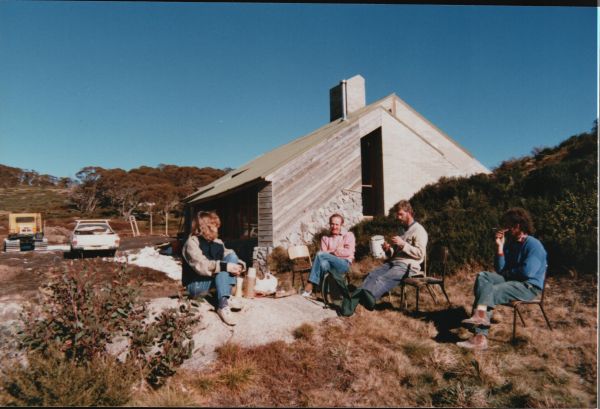 How did Peter end up with this adventurous life?

Born in Bankstown, in 1947, Peter was the youngest of a family brought up by Francis and Rita and has brother Tom in Thailand. I know he would like to be here today. Brother David has passed sadly but Michael and Yvonne are here.

Peter qualified as a toolmaker, the tradesperson who makes the machines for all the others. This was a fortunate occupation for a man who could wield a stick of dynamite as readily as a barbecue tong!

At 23, Peter decided to take a trip to Perisher Valley, and this was certainly the kick-start of a passionate affair with all facets of the mountain life.

By turns XC trail developer, snow groomer, lodge manager, restaurant proprietor, builder of rustic wood powered back country cottages, purveyor of quality firewood, bon-vivant, and all around can-do man, Peter, in company with Leslie, led quite an action packed life in those years.

One involves the “borrowing” of a snow cat for a nocturnal jaunt from the Double Chair Restaurant in Perisher for a drink in Charlotte’s Pass. All went peacefully until a strange noise was heard coming from the roof of the snow cat as we returned at midnight.

Peter checked (while some kilometres out in the snowy wilderness) and reported that everything was ok…it was just a couple of guys on the roof singing as we travelled through the moonlit snowy landscape at speed. The apparent windchill the singers endured  was checked later and found to be  minus 16 degrees C.

Other tales involve Peter trekking through the wilderness in a blizzard late at night after his snow grooming machine broke down, kilometres from the workshop, arriving, as his friend Frenchy said, looking like a snow plastered and very tall Abominable Snowman.

All of this was done with great good humour and, in all weathers, a ready smile.

In many contributions to the Kosciuszko Snow Revellers Club Facebook page, friends note his good humour, gentleness and his ability to inject a note of adventurous fun into all the activities the lodge.

Members of the Snow Reveller’s Club are sincerely and genuinely grateful for the joy he brought to their alpine life. “Big Pete” will never be forgotten at the Lodge.

As Blake said, great things are done when men and mountains meet…things that are not done by jostling in the street…especially when a gregarious funster like Peter was involved.

That said, all passages of life come to a turning point.

Peter left the high mountains and moved to renovating a house that he had had moved via road from Jindabyne to Berridale…as you do.

During this time, he met Margaret, and became involved in Natural Therapies. He enthusiastically gained a qualification in Herbal Medicine and Naturopathy, and joined Margaret in her business in Cooma.

This was a rewarding time for him. He had found an absorbing interest he could throw his considerable energies and skills into, and a new partner who, he freely admitted to me several times, made his life and health much richer and better.

Margaret and he formed a dynamic pair. She valued his unselfish and compassionate nature, and was aware that his desire to help others was now channelled in a different direction…not so much high altitude recreation  as high hopes for their health.

In 2009, Peter and Margaret made the move to the Central Coast. There they started a business from home. Peter found great satisfaction in being part of that business as well as being part of a wider family.

Again, he could turn his hand to making and repairing things and was engaged in growing what he was sure would be prize winning vegetables. That, at least, was what he jokingly told me.

Travels to Europe, the USA, New Zealand and India were undertaken. In particular, India touched Peter’s heart, and I suspect Peter touched those he met there. I am sure that he may have made them laugh too.

I have a vision of a be-turbanned  Peter, dispensing health advice …and clearing the high passes of the Himalaya of deep snow while driving a prayer flag decorated snow grooming machine.

When Peter was in distress last Friday, the tireless attempts of neighbours Renae, Peter and Sandra to keep him going were signs of affection for him that are deeply appreciated by Margaret. She thanks her brother John with all her heart for his assistance, as well as Colin and Julie for their support and love.

Sadly, a remarkable man has gone.

Those of us who were fortunate enough to meet the comet that was Peter have had our life experiences enriched because of his matchless generosity, sense of fun and his genuine desire to make other’s lives better. 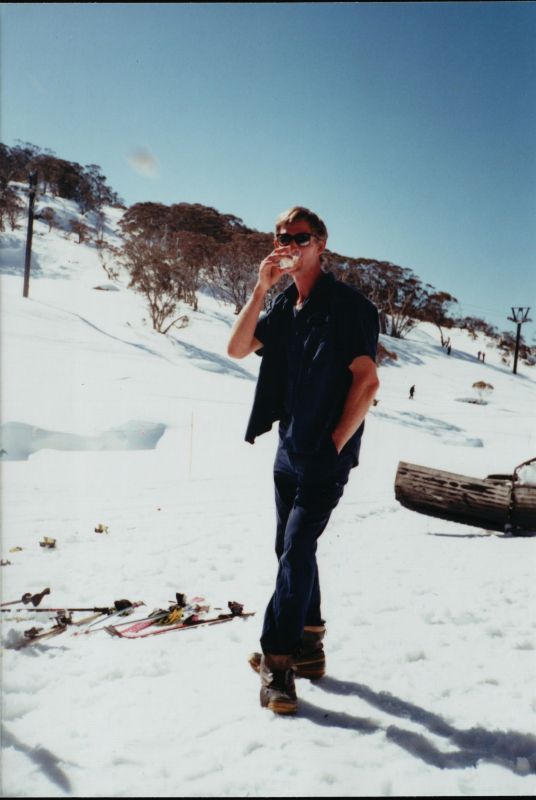